TikTok is An Untapped Goldmine for Marketing to Gen-Z 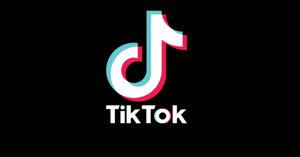 If you haven't heard about 'TikTok' yet, then you will soon. Launched in 2017, the popular mobile lip-syncing video app soared in popularity last year, surpassing YouTube, Instagram, Facebook, and SnapChat across Google Play and the App Store. A spiritual successor to Vine, TikTok is well on its way to becoming the biggest social media sensation of 2019 - among teens and tweens anyway.

So what is TikTok, why is it so popular, and how can it benefit marketers?

A Brief History of TikTok

In September of 2016, tech company ByteDance created Douyin, a video sharing service that amassed 100 million users across the Chinese mainland in a single year. Quickly spreading across Asia, Douyin has received close to 1 billion downloads according to Sensor Tower.

In September of 2017, ByteDance acquired music.ly - a similar application popular in the United States – and merged the two apps’ user bases, officially launching Douyin as ‘TikTok’ in the English-speaking world. It was a smashing success: one year after its launch, TikTok was already vying to become the most popular mobile app in the world.

Social media giant Facebook has scrambled to defend its own share of the social video market - which it has tried in vain to dominate for some time - cobbling together the copycat application Lasso.

While it remains to be seen whether Lasso will succeed as a competitor, the outcome is doubtful: less than half of teenagers use Facebook these days, while the largest group of TikTok users is under 20 years old.

TikTok is a microsocial service, often compared to Twitter’s retired Vine platform, where users could upload videos under seven seconds long. While it was around – from 2013 to 2016 – Vine became a popular platform for magic tricks, brief comedy sketches and Internet jokes.

TikTok works in a similar way:

TikTok has many attributes which help to explain its popularity, especially among teenagers:

In an era of low attention spans, bite-size content is in high demand. Vine’s seven-second format was so well loved that a wistful fanbase persisted for many years after its closure. YouTube is full of ten-minute long “Vine Compilations,” each containing dozens of popular “Vines”.

TikTok works for the same reason: short-form video lends itself to snackable, shareable content which is good for making quick points and jokes. With low file-sizes, these videos can easily be downloaded and distributed by text and social media.

Unlike Vine, TikTok emphasizes collaboration. The “duet” feature enables creators to expand on other creators’ work, while the ‘original audio’ feature allows thousands of users to create their own version of the same skit.

TikTok’s collaborative nature has led to the organic development of viral video formats, “challenges” and trends. For a recent example, check out this compilation of the #adelechallenge:

When YouTube launched in 2005, it quickly became popular for allowing amateur content creators to amass their own fanbases without fancy editing software or expensive equipment. Potentially, anyone with a camera could become an entertainer – and that is exactly what happened with early channels like FRED, Shane Dawson, and (most famously) PewDiePie.

Thirteen years later, times have changed. Users often complain of YouTube’s commercialization, as the front page is frequently dominated by advertisements, professionally made music videos and traditional TV personalities such as Stephen Colbert and Dr. Phil.

For now, TikTok remains notoriously amateur – to the point that many have described the platform as “cringey”. But for Gen-Z in particular, the “point-and-shoot” style of TikTok content retains a powerful nostalgic appeal.

In Asia, Douyin has already been used for numerous successful marketing campaigns. In the West, TikTok is practically untapped due to its newness, and because the platform has not yet released native advertising features.

But this will soon change: TikTok has learned from the mistakes of its spiritual predecessor Vine, which closed because Twitter could not figure out how to monetize it. Earlier this year, leaked internal documents revealed that TikTok will soon open up the following ad formats to marketers:

There is no official word on when TikTok will finally open their advertising platform to the public. But when they do, advertisers have every reason to be optimistic: according to Kantar Millward Brown, Gen-Z has a strong preference for native and influencer advertising. And when TikTok opens up its ad service, it will be one of the strongest platforms on which to reach them.

In the meanwhile, there are several ways that advertisers can leverage TikTok for a social media marketing (SMM) strategy. The first thing to bear in mind is that Gen-Z values authenticity above all else, and the best way to succeed on the platform is to create genuinely fun content.

This aspect of next-generation media is both challenging and liberating, but fast-food chain Wendy’s is a great example of how to do it: by tapping into pop culture trends and investing in artful creators, any brand can create content that wins applause and user engagement.

TikTok is a tick-tocking time bomb. For brands trying to reach a younger audience, we highly recommend getting on board now before it explodes. Before trying to launch a marketing campaign however, download the app from the iOS or Android app store, and get a feel for how users engage with the platform. They will appreciate you for your troubles, and so will your stakeholders.

previous The Importance of Gorgeous UI

next 5 Ways to Create Engaging Web Content for Your Brand