It's Popular to Hate Influencers, But This is Why You Shouldn't 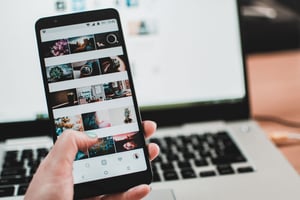 Influencers have been getting a lot of bad press lately, and that’s understandable. As a new and explosively successful way to make money with nothing but a social media account and smartphone, the influencer lifestyle – like many other legitimate occupations before it – has been snatched up by unscrupulous personalities and embroiled in controversy that tarnishes its name.

Because they tread the line between maintaining an ostensibly real persona and running a marketing business, the arrival of influencers has been heralded by some as a prime example of the way social media can saturate and intrude on real life. In recent months, for instance, influencers have been caught faking mental breakdowns to advertise online therapy.

These are all reasons that the word “influencer” has come to carry a social stigma across the web. According to surveys, 47% of social media users were “fatigued” by influencer posts which they deemed “repetitive” in 2018. Accordingly, many have called for social networks to regulate influencer behavior to reduce dishonest or merely annoying behavior.

But in the end, is that enough reason to give up on influence marketing altogether?

What Brands Really Care About

Whether or not some social users are fed up with the behavior of influencers, brands only want to know one thing: are influencers still a good investment? And the answer to that is a resolute “yes”.

Secondly, while influencer marketing has been inexorably associated with Instagram, new social platforms are giving a new generation of influencers a chance. In March of this year, we predicted that the new social platform TikTok would be a goldmine for advertising to Gen-Z. Less than five months later, sponsored content shared by rising stars has taken off across the site, showing that influencer marketing is still far from dead.

Finally, while it’s true that more users find influencers annoying it’s also true that they find advertising even more annoying, and largely prefer the influencer approach. In spite of bad publicity, younger audience segments are likely to trust digital influencers as people, making them the ideal channel for reaching Gen-Z.

Getting Through the Growing Pains

While there are more than enough reasons to keep investing in influencers, brands can’t be blamed for feeling wary. These are the early years of an idea that has plenty of maturing to do, and every new marketing strategy goes through “growing pains” in its infancy. Search engines brought keyword stuffing, email brought spam, and banner ads brought malware redirects.

Likewise, influencer marketing has suffered from an onslaught of abuses that is partially responsible for the negative media coverage it has received lately. By simply knowing what these abuses are and how to mitigate them, brands can spend on influencers with relative confidence as the industry slowly reaches stability.

Here are the “growing pains” you should be aware of when investing in influencers, and a few tips to keep them from hurting your image or bottom line:

Because influencers typically charge by the number of followers on their social accounts, there is plenty of incentive to artificially boost the number with bots and other fake accounts. While it looks impressive, the result is significantly reduced engagement for businesses and a lot of wasted ad-spend.

According to a report from cybersecurity company Cheq, fake followers will likely cost companies $1.3 billion by the end of this year. That’s about 12.5% of the $8 billion that they will spend in total – a significant loss.

Fortunately, there are simple ways to make sure your influencers are legitimate:

The Federal Trade Commission (FTC) requires influencers to provide “acceptable disclosure” when featuring sponsored content. In other words, users should be minimally aware when an influencer is being paid to advertise a product.

Influencers sometimes try to dodge this requirement, either by leaving out disclosures completely, or by hiding them in the hashtags of a post. However, these practices can result in formal warnings and negative publicity when the FTC notices.

If future influencers have a stereotype to fight against, it’s manipulative behavior. As mentioned earlier in this article, influencers have not only staged drama to earn publicity and sympathy from followers, but less professional influencers can also be very pushy in their business practices.

Hotels, resorts, businesses and other picturesque or high-value places have expressed frustration at the onslaught of influencers who feel entitled to free services and paid travel expenses in exchange for exposure. Not only does this generate negative publicity, but the influencer’s business can suffer as a result, and the working relationship may not be a pleasant one.

To avoid this problem,

Some influencers have an inflated sense of their own worth and ask way too much money for a sponsored post or shout-out. Fortunately, the industry standards for influencer marketing are fairly standardized:

While the price that influencers charge will vary a little bit from the average – which may have to do with the quality of their own original content, the loyalty of their followers, and many other factors – avoid those who charge wildly more.

The Future is Influencers

Influencer marketing is not liable to disappear any time soon, because in the future – when the Internet is more heavily regulated and media fatigue makes ads less effective – one thing will remain: the influence people have over each other.

previous Why Your Brand’s Voice Matters, and How to Develop One

Thoughts Not Bots: Use Thought Leadership to Humanize Your Brand