Making Good Investments: How to Notice Sensationalism and Avoid the Hype Train 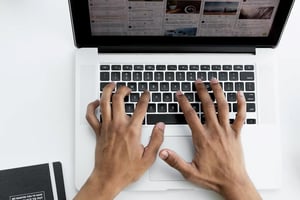 In 2017, the value of Bitcoin rose from $998 to nearly $20 thousand almost overnight. The crypto economy was booming, the newspapers were excited, and traders were hyped. Headlines brought more people on board, suggesting the currency would surge to $100 thousand in 2018 – but hype is not a good emotion to rely on for investment, as millions discovered when the value of Bitcoin dropped below $4 thousand at the beginning of this year.

In the 21st century, we are so accustomed to hype and sensationalism that most of us take any claim with a grain of salt. But organizations still fall for it all the time, buying into every innovation that promises to “transform” their business. That’s because today, hype is an industry-wide event that doesn’t stop with a single ad or email: it sweeps up credible publications, news sources, and influencers in its arms.

So how can you tell the difference between something truly groundbreaking and a media creation? In this article, we’ll answer that question.

Most new ideas and innovations that sweep through the media have some merit, and that is exactly what makes hype difficult to evade. Although pure scams can gain wide publicity, hype usually happens when a legitimate technology produces inflated expectations that guarantee disappointment. 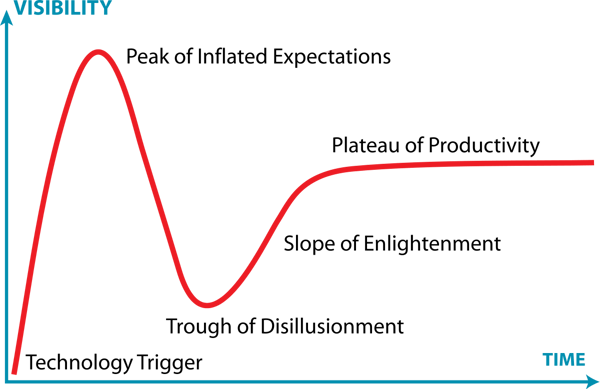 For a great example of the hype cycle in action, look no further than e-Commerce. In the late 1990s, hype surrounding the World Wide Web reached fever pitch. A few years later, the “DotCom Bubble” burst, and website stocks fell by $1.76 trillion. Expectations surrounding the Internet eventually stabilized, and some DotCom-era startups emerged victorious, including Google and Amazon: but many did not.

The Dangers of Hype

Hyped technology is often not mature yet. Although it really has the power to do what people say it can do, it may take years or even decades to see results. Buy into a technology ahead of its time and you will lose out in the short run. When it finally becomes viable, you will likely have to reinvest.

Example: In the 1990s, virtual reality (VR) promised to revolutionize video gaming, but attempted implementations failed to impress consumers. Today, we are finally seeing the fulfillment of that promise, but it took a long time.

The media often misunderstands or misinterprets the potential capabilities of an innovation. Invest in technology on a false premise, and you will likely end up with something that doesn’t immediately benefit your business. Although it may be possible to adapt, the extra effort is laborious and expensive.

Example: Blockchain was invented with the premise of revolutionizing the world economy and preventing another market crash like the financial crisis of the late 2000s. This did not happen, and – for many reasons – it probably never will. Blockchain nevertheless has many useful applications.

Although it’s not common, some new technologies are outright useless, impossible or even fraudulent. Although they attract media attention for some time, they will never make it past Gartner’s trough of disillusionment. Its promises will never come to fruition, and any money spent will be lost.

How to Avoid Hype

It’s obvious that diving headfirst into any new hype is a disastrous business strategy. But refusing to invest in any new technology can be equally disastrous, as legitimate innovations give competitors an edge. Falling behind leads to technical debt, poor UX and missed opportunities for growth.

Fundamentally, the answer to hype is not avoidance, but balance. Businesses who make decisions on the basis of data and strategy will win more often than they lose. Here are four tips for getting there:

Just as jumping on new trends can sink a business, being first to a good investment can pay off big time. Occasionally, new technology is so groundbreaking that the hype does not stray far from the truth: knowing how to recognize worthless investments will prepare your business to act on the worthwhile ones quickly.

next Tales From An #Inbound19 Marketing Conference Newbie

Thoughts Not Bots: Use Thought Leadership to Humanize Your Brand